How to get a fake Georgia Southern University diploma? 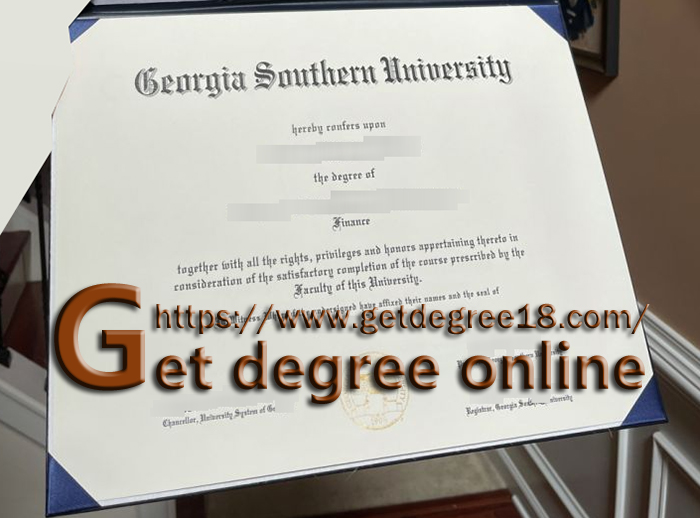 The Center for Wildlife Education and the Lamar Q Ball Jr. Raptor Center is an educational and research facility located on 18 acres (73,000 m2). In addition to undergraduate and graduate research, the center hosts over 165,500 annual visitors through general admission and off-site outreach programs. The center is home to "Freedom", Georgia Southern's American bald eagle mascot, as well as 85 other birds, 67 reptiles, 70 amphibians, and eight mammals. Species of birds of prey include hawks, owls, falcons, kestrels, vultures. The center also contains an amphitheater and an indoor classroom. Inside the center, exhibitions of reptiles and amphibians such as alligators, painted turtles, box turtles, and gopher tortoises, rattlesnakes, corn snakes, king snakes, boa constrictors, pythons, are held. The staff perform demonstrations of raptors in flight. In 2009, the center added a 12-acre (49,000 m2) expansion known as the Wetland Preserve, featuring various species of water fowl in their native habitats. The center is the only one of its kind to be located within the campus of a major university campus.

The Recreation Activity Center (the RAC) is a 220,000-square-foot (20,000 m2) complex that includes areas for weight lifting, cardio, and basketball. It includes an indoor track, two dance studios, a studio for yoga and pilates, five racquetball courts, and a 45-foot (14 m) indoor climbing wall.

In 2006, the RAC was expanded, adding additional basketball and multi-purpose courts, weight and fitness rooms, an Olympic-size swimming pool, a rehabilitation pool, and more space for CRI (Campus Recreation and Intramural) personnel. The expansion also brought a bandshell area that has hosted several national touring artists.